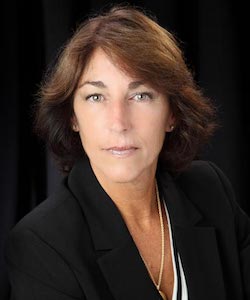 Angeles “Susi” Carrion grew up in the local area before serving in the U.S. Army. After completing her military service, Ms. Carrion became a Court Clerk in the North Las Vegas Municipal Court. Later, she became a State Certified Spanish Court Interpreter in Nevada, where she interpreted both criminal and civil cases. Ms. Carrion has also interpreted for various law enforcement agencies. Ms. Carrion is the only private attorney in Colusa County that is able to communicate directly with her Spanish speaking clients without the use of an interpreter.

Ms. Carrion attended Cal-Northern School of Law in Chico, California where she was awarded the Witkins Award for Academic Achievement. Upon completion of law school, she sat for the California State Bar exam and was licensed to practice law.

Ms. Carrion has prior experience working for both the District Attorney and Public Defender’s offices, but chose private practice where she can dedicate more time to her clients. Ms. Carrion has handled complex family law matters; juvenile cases; criminal cases; and has represented victim’s in high profile cases.

As a Northern California native, Ms. Carrion is dedicated to serving the people of this area. She takes pride in our community and understands that each individual case deserves her upmost attention. Ms. Carrion understands the Northern California way of life and recognizes what matters most to you. She is dedicated to providing clients with unmatched legal representation.

Contact Us
Practice Areas
Client Reviews
★★★★★
This is a letter of appreciation for all of your diligence and hard work,as attorney, that you put forth in clearing my name. It is a weight lifted off of my shoulder. I can finally be a normal citizen without all the rumors flying around town about me. I would highly recommend you anytime. It is good to know that there is still justice without corruption. A.F.
★★★★★
You are the most amazing attorney I have ever met. P.C.
★★★★★
Thank you for your kindness and support. Our family cannot express how grateful we are for your assistance. J.R.
View More
Submit a Law Firm Client Review